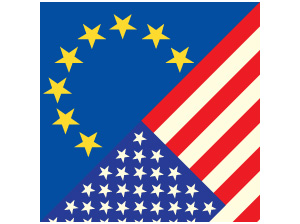 Safe harbour for who?

As a general rule, the EU Data Protection Directive (Directive 95/46/EC) prevents businesses from transferring personal data from the EU to third-countries. Therefore, EU citizens’ personal data cannot be processed or hosted outside the EU, except if those countries do provide an adequate level of data protection. This adequacy requirement is met only when the European Commission recognize the data recipient country as providing an adequate level of protection. These decisions are commonly referred to as ‘adequacy decisions’.

It is deemed that the USA do not meet the above mentioned EU adequacy requirement, i.e., do not provide an adequate level of protection for data transfers to be accepted. Nevertheless, data can still be transferred from companies located in the EU on the basis of the Safe Harbour mechanism. In fact, by reason of the EU Data Protection Directive, the European Commission adopted a Decision (the “Safe Harbour decision”) recognising that the Safe Harbour Privacy Principles and the ‘Frequently Asked Questions’ provide an adequate protection for the purposes of personal data transfers from the EU to the USA.

The EU-USA Safe Harbour is an agreement concluded in 2000 which enables European data controllers to transfer personal data for commercial purposes, from companies located in the EU to companies in the USA that have signed up to the Principles. The framework aims to ensure that such transfers dully comply with the EU data protection law. To that end, USA companies pretending to lawfully receive personal data from the EU are required to self certificate the compliance of their personal data policies and practices to the Safe Harbour. Companies which voluntarily adhere to a set of principles issued by the Federal Trade Commission (FTC) are therefore presumed to qualify for the Safe Harbour ‘adequacy’.

This Framework has been greatly criticized since its implementation. Indeed, the Safe Harbour scheme has been used for the transfer of the personal data of EU citizens from the EU to the USA by companies required to give in data to USA intelligence agencies under the USA intelligence collection programmes. Moreover, some EU Data Protection Authorities manifested strong reservations about the rigour of the Safe Harbour framework, namely regarding the self-certification requirement. These concerns were echoed in the opinion of the Article 29 Working Party on Cloud Computing issued in July 2012, where it was suggested that EU data exporters could not rely on cloud provider’s self-certification regarding compliance.

As a result, it is no surprise that the framework has been reviewed twice, back in 2002 and 2004. Nevertheless, the Safe Harbour framework was endorsed by the European Commission, in January 2012, regarding the draft Data Protection Regulation, where adequacy decisions taken under the current Directive 95/46/CE would remain in effect unless amended, repealed or replaced by the Commission.

By contrast, the European Parliament’s LIBE (Civil Liberties, Justice and Home Affairs) Committee has proposed amending the proposal so that such adequacy decisions would only remain in force for five years after the Regulation comes into effect.

In the wake of the Snowden revelations regarding the USA covert surveillance programme, PRISM, for the interception and access to the electronic communications of EU citizens on a large scale, namely personal data that was transferred to online service providers in the USA under the Safe Harbour, the European Data Protection Authorities (DPAs) and the European Commission have been increasingly manifesting serious concerns regarding the safety of this agreement.

This led Viviane Reding, former Justice Commissioner, to argue that “the Safe Harbor agreement may not be so safe after all” and that it “could be a loophole for data transfers because it allows data transfers from EU to U.S. companies – although US data protection standards are lower than our European ones.” Vivian Reding further announced that the Commission would conduct an assessment of the EU-USA Safe Harbour agreement.

Instead, in November 2013, the European Commission put forward a series of 13 recommendations for the USA to put into practice, which would make the Safe Harbour safer, if implemented. Nevertheless, the most controversial features of the framework, such as the voluntary adherence, were not adequately addressed. The expected conclusion of the discussions on the 13 recommendations proposed by the European Commission was set for the end of last summer. The deadline passed without any further developments.

Last June, following a complaint brought by the Austrian campaign group Europe v Facebook regarding the company’s part on NSA’s mass electronic surveillance programme, a Irish court (the Facebook’s international headquarters are in Ireland) referred to the Court of Justice of the EU on the compliance of the Safe Harbour with the EU Charter of Fundamental Rights.

Věra Jourová, the new Justice Commissioner, already expressed strong doubts on the security of the Safe Harbour mechanism. However, she did not favour a suspension or a cancellation of the programme. Andrus Ansip, the new Commissioner for the Digital Internal Market, for its turn, did not exclude that possibility.