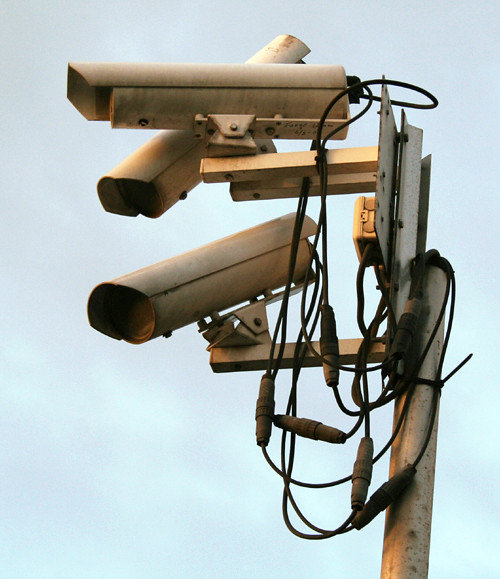 We need some more surveillance here! [1]Copyright by Quevaal under the Creative Commons Attribution-Share Alike 3.0 Unported

In a recently published opinion, the EDPS addressed its concerns in regards of the dissemination and use of intrusive surveillance technologies, which are described as aiming “to remotely infiltrate IT systems (usually over the Internet) in order to covertly monitor the activities of those IT systems and over time, send data back to the user of the surveillance tools.”

The opinion specifically refers to surveillance tools which are designed, marketed and sold for mass surveillance, intrusion and exfiltration.

The data accessed and collected through intrusive surveillance tools may contain “any data processed by the target such as browsing data from any browser used on that target, e-mails sent and received, files residing on the hard drives accessible to the target (files located either on the target itself or on other IT systems to which the target has access), all logs recorded, all keys pressed on the keyboard (this would allow collecting passwords), screenshots of what the user of the target sees, capture the video and audio feeds of webcams and microphones connected to the target, etc.”

Therefore these tools may be adequately used for human rights violations, such as censorship, surveillance, unauthorised access to devices, jamming, interception, or tracking of individuals.

This is particularly worrisome considering that software designed for intrusive surveillance has been known to have been sold as well to governments conducting hostile surveillance of citizens, activists and journalists.

As they are also used by law enforcement bodies and intelligence agencies, this is a timely document, considering the security concerns dictating the legislative amendments intended to be implemented in several Member States. Indeed, as pointed by the EDPS, although cybersecurity must not be used for disproportionate impact on privacy and processing of personal data, intelligence services and police may indeed adopt intrusive technological measures (including intrusive surveillance technology), in order to make their investigations better targeted and more effective.

It is evident that the principles of necessity and proportionality should dictate the use of intrusion and surveillance technologies. However, it remains to be assessed where to draw the line between what is proportional and necessary and disproportional and unnecessary. That is the core of the problem.

Regarding the export of surveillance and interception technologies to third countries, the EDPS considered that, despite not addressing all the questions concerning the dissemination and use of surveillance technologies, “the EU dual use regime fails to fully address the issue of export of all ICT technologies to a country where all appropriate safeguards regarding the use of this technology are not provided. Therefore, the current revision of the ‘dual-use’ regulation should be seen as an opportunity to limit the export of potentially harmful devices, services and information to third countries presenting a risk for human rights.”

As this document relates to the EU cybersecurity strategy and the data protection framework, I would recommend its reading for those interested in those questions. You can find the document here.

What do your Internet connection records reveal about you?