The ‘EU Google Tax’ – A very unpromising work in progress? 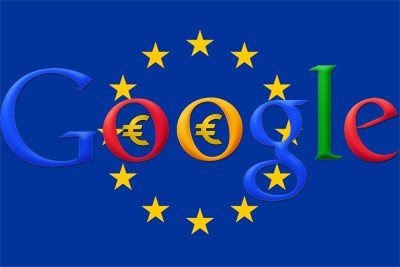 Once upon a time or, more precisely, about four years ago, a group of German newspaper publishers filed several antitrust complaints due to the use, in Google news service and search results, of article snippets from their publications.

One would think that the additional free traffic directed by Google, associated to this inclusion of short snippets from their stories, would actually be beneficial for publishers, generating more audience, making their content more valuable, and enabling them to sell more advertising.

It might be quite an accurate consideration but, as it seems, completely irrelevant because the main issue at stake was apparently reduced to the argument that Google was making money out of it:

Hans-Joachim Fuhrmann, a spokesman for the German Newspaper Publishers Association, said the Web sites of all German newspapers and magazines together made 100 million euros, or $143 million, in ad revenue, while Google generated 1.2 billion euros from search advertising in Germany. “Google says it brings us traffic, but the problem is that Google earns billions, and we earn nothing,” Mr. Fuhrmann said.

Although many, in fact, failed to understand how short excerpts shown as part of search results can be detrimental to newspapers publishers, last year, the German Parliament actually approved a new kind of copyright to protect online journalism and, consequently, subjected the presentation of news snippets and linking to the source to a licensing fee.

The law, better known as “ancillary copyright for press publishers” or “Leistungsschutzrecht für Presseverleger”, establishes that publishers have the exclusive right to commercialize their products or parts thereof. The law is intended to be particularly applicable to situations where companies commercially use third party content.

Therefore, a commercial aggregator or a search engine will not be able to aggregate quotations and links of journalistic articles unless they have received previous and explicit authorization. However, as this is intended to be a proportionate solution (?), the use of single words or very small text excerpts is allowed.

The main goal to be achieved is to enable publishers to receive an appropriate contribution for their content being promoted, for free, elsewhere than their websites.

Anyway, recently, the very same German publishers filed an antitrust complaint with the German Federal Cartel Office. Allegedly, due to Google’s dominance on the search engine German market, publishers were forced to agree to let Google use the snippets and links for free.

In parallel, based on the abovementioned German law, they filed as well a copyright request of compensation with the Copyright Arbitration Board of the German Patent and Trade Mark Office, demanding Google to pay them 11% of its gross worldwide revenue on any search that results in Google showing a snippet of their content.

Well, this could have been just like any regular competition or copyright case. Except, for its ludicrous details, it was not.

To start with, no advertising is displayed in the Google News service. Moreover, publishers do not have to be on Google at all. But, despite being able to ‘opt-out’, without any further consequences, the same publishers didn’t remove themselves from Google’s search. Indeed, Google has already ensured that publishers opting out of Google News won’t have their content removed from its search results. In addition, it has been demonstrated that publishers actually use every tool put at their disposal by Google, including Google Webmaster Tools and SEO (Search Engine Optimization) techniques, in order to achieve a better ranking position in search results.

This all saga is not so vaguely reminiscent of a Belgian comic case, from 2006, where, following the complaint of a group of publishers, alleging that Google was infringing on their copyrights by linking to their newspaper articles, Google removed the links referring to content of those newspapers. However, due to the (expected) traffic drop which ensued, those publishers asked to be referenced again on the search engine results. (For more details, see here and here)

As the story seems to repeat itself, the abovementioned antitrust complaint was ultimately rejected as inconclusive, no sufficient grounds having been found to justify an investigation.

In addition, Google decided to remove existent snippets and not to use any further news snippets referring to publications of those publishers. One would expect that the publishers would be satisfied with this initiative but, instead, they dramatically qualified it as “blackmail.”

Confused? Don’t worry. Apparently, this does not have to make any sense at all… And it gets worse!

Not having news snippets referring to their websites showing on Google News obviously led those publishers to a commercial disadvantage comparing to other news websites, which snippets continued appearing in the search results. In this context, and against all odds, the same old group of publishers announced the intention to grant Google a free license to use those kind of excerpts.

This has lead us to an interesting outcome, indeed.

So we now have a German law which allows publishers to collect license fees from news aggregators and search engines which use snippets of their content.

This law was primarily intended to address the specific concerns of a group of German publishers regarding Google market power and to regulate the particular situation of the snippets displayed on Google News.

But it turns out that, after all, Google will benefit from a preferential treatment precisely due to its dominant position in the EU market.

Well, against our best expectations, that it is not the case. Spain has just approved a new copyright law, which is polemic at many levels, namely because it has created a brand new ‘inalienable right’ (derecho irrenunciable) for news publishers.

In practice, it means that publishers won’t be able to refuse the use of “non-significant fragments of their articles” by third parties. However, it creates a compulsory license to compensate them for that use, which means that copyrights holders can’t decide to allow the use of content for free and, therefore, completely overrides any concept of fair use, like Creative Commons-type of licenses.

Thus said, one optimistic would still hope that the same mistake wouldn’t be emulated at the EU level.

However, when Günther Oettinger, the next Digital Economy and Society EU Commissioner – considering his previous demonstration of obliviousness regarding Internet in general – takes a stance on the issue, one cannot help to start worrying.

Indeed, as reported by Julia Red (the Pirate Party MEP), Oettinger recent statements were as follows:

When Google is taking intellectual works from within the EU and using them, then the EU has to protect those works and demand a tax from Google.

I am really not sure that a similar tax is the way forward for the EU copyright reform in the digital age we are living in. The reform shouldn’t be aimed to target companies according to their position on the EU market.

To begin with, I am afraid that the whole aim of copyright laws – produce incentive to creativeness – is somehow going amiss and that they will end up being used to protect businesses that refuse or are just unable to adapt their strategies to the fast-changing technological reality.

It is always very frustrating for any legal practitioner to deal with laws that are no longer suitable for the reality they are intended to be applicable to. But it is even more exasperating to deal with laws that were never appropriate to the situation which is intended to be regulated. To legislate in the new era with an old mindset is definitely not the way to go forward.

Moreover, I strongly believe that an extension of the existent copyright laws, namely regarding links, is not compatible with the spirit of openness that characterizes the Web and is mostly a reflection of the interest of publishers who have failed to achieve successful business models on the Internet. Taxing links might most likely lead to the smashing of the very basic premise of the Web.

Furthermore, I am worried that this might be the beginning of the end of freedom and access to unlimited information that characterizes the Internet as we know it and that it will stifle innovation brought by successful entrepreneurship.

Last but not the least, all my criticism aside, considering the German example, how ironic would it be that, in the midst of all the concerns surrounding the dominant position of Google in the EU market, and in all the efforts deployed to fracture its market power, its dominant position would end up being strengthened?

The Google Affair – Crossing the Border

Atlas or how tracking technology is getting smarter and more intrusive